Rice in Chinese Culture, What Type of Rice they Use

By Ashley Woodward • Last Updated:  April 16, 2022
Miraclebaratlanta.com is reader-supported. When you buy via links on our site, we may earn an affiliate commission at no cost to you. Learn more.

Rice in Chinese culture is very important for many reasons, not only as a basic component of Chinese diet. There’s a great story behind the rice culture and once you know the background, it is much easier to understand why rice is an inevitable part of almost every Chinese meal!

The Grain that Ended Hunger

Today rice is a common ingredient in kitchens all over the world. The cultivation of rice began thousands of years ago in China.

Rice plantations started over 4000 years ago when people in China accidentally discovered the wonders of this plant. The territory of China was then going through horrible periods of severe floods that caused panic among the population.

The floods were so severe that the people of China could barely survive with only one meal available per day. As the land dried and the awful period of floods came to an end, the Chinese faced the devastating truth. All crop plantations were destroyed and the source of animal food was scarce that they basically had nothing left to eat.

The panic was rising like never before as the people of China were preparing themselves for starvation and, eventually, death. One day, as if a miracle had happened, they saw a dog dragging a bunch of yellow seeds on his tail as he was walking by. As they had literally nothing to lose, people decided to leave some seeds in the low-lying areas and see what happens. To their surprise, a great produce came out of this little experience and they finally had something to eat again.

With the discovery of rice, people had started to believe in the possibility of survival. Rice was the savior that pulled them out of death’s hands and, since it was the only thing that saved them when they had absolutely nothing, it became quite important for their lives. During the period of the Zhou Dynasty rice can only be eaten by the rich people and it only became staple when the Han Dynasty ruled.

Rice in Chinese Culture – Why Is It So Important

Not only that rice had saved thousands of lives in China but it has grown to become the symbol of the Chinese culture, often referred to as the “rice culture”. The western Zhou Dynasty ruled China between c. 1100 B.C. and 771 B.C., a period during which rice became accepted as an important part of Chinese diet, both for its history and nutritional values.

However, in terms of culture, rice got the relevant recognition during the rule of the Han Dynasty between 206 B.C. and 220 A.D. In this period people began to acknowledge the cultural importance of the plant that saved their country and population from starving to death. To show their appreciation, people of China began incorporating rice into different festivities, as well as using it to brew wines and send an offer of sacrifice to gods.

Rice then became a specially prepared food that had its share in the Chinese history. However, it did not only impact Chinese culture but other aspects of life as well. The increased cultivation of rice lead to greater economic development of the country, affecting people’s lives on a whole new level.

Today, China is the world’s largest rice producer which simply explains the story behind rice in Chinese culture.

As a part of the “rice culture”, many new festivals and traditions involving the consumption of rice became widely popular. For example, rice was not only an inevitable part of everyday meals but also the main part of the traditional New Year’s dinner. During the Spring Festival, there are a lot of celebrations wherein rice is the central part:

The New Year’s tradition includes the preparation of a rice cake known as “gao”, which symbolizes an important part of the Chinese history and tradition. The people eat gao hoping to have better harvests and an overall higher status in the upcoming year. Thus, this tradition opens the doors for a better feature.

The Lantern festival takes place on the 15th night of the first lunar month of the new year, that is, the first month of the year to have a full moon. People prepare Yuanxiao or Tangyuan, which are traditional rice dumplings where they eat in the hopes of having their wishes come true.

On the 5th day of the 5th lunar month of the year the Dragon Boat festival takes place wherein during this festival people eat a specially prepared rice meal called Zongzi in honor and remembrance of an official of the Chu State, Qu Yuan, who took his own life by jumping into the Milou River. This tradition also includes throwing the Zongzi into the river to stop the fish from eating Qu’s body.

Chongyang festival is celebrated on the 9th day of the 9th lunar month each year. Rice is cooked into festival cakes because it marks the harvest wherein people can make fresh cakes from newly harvested rice.

This festival is believe to bring prosperity to people so they eat double nine cakes (Chongyang cakes) and drink chrysanthemum wine because this flower blooms during this season. They also climb mountains to avoid any bad lucks.

The Laba Festival is believe to give sacrifices to their ancestors. They also pray to heaven and earth for good harvests and good luck for their entire family. The Laba congee or porridge is made of rice, beans, dried nuts, bean curd, and meat.

This festival falls into the 8th day of the 12th lunar month. Legend has it that on this same day, Sakyamuni (Buddha) only ate rice every day for the past six years. He then ate porridge on the eighth day of the 12th month; that is why every year people commemorate him by eating porridge or congee.

What Type of Rice They Use?

China is the second largest rice producer in the world no wonder why they are incline with food mostly of rice recipes.

Rice is planted in the Southern parts of China. Over the years, many different varieties of rice have been planted which is mostly from the Oryza Sativa variety. White rice, brown rice, black, red rice and even the wild rice.

There are more than 50,000 rice varieties planted all over the specified regions of China. Glutinous rice or nuòmǐ is very famous because most of the Chinese food contains rice. An Asian favorite dessert which is mango sticky rice is also made from this variety.

A glutinous rice is known to have opaque grains and sticky texture and usually pounded to make rice flour. Hungry already?

Here is a short video on how to cook sticky rice dumplings!

Rice has played an important role in Chinese history, as well as cultural, economic and social development. Rice has become a symbol of survival, strength, belief, and positive outlook. No wonder why it is popular worldwide. The next time you see a Chinese restaurant, drop by and taste their glorious rice recipes.

If you know of any interesting examples or fun facts about the impact of rice on Chinese culture, do share them in the comments below! 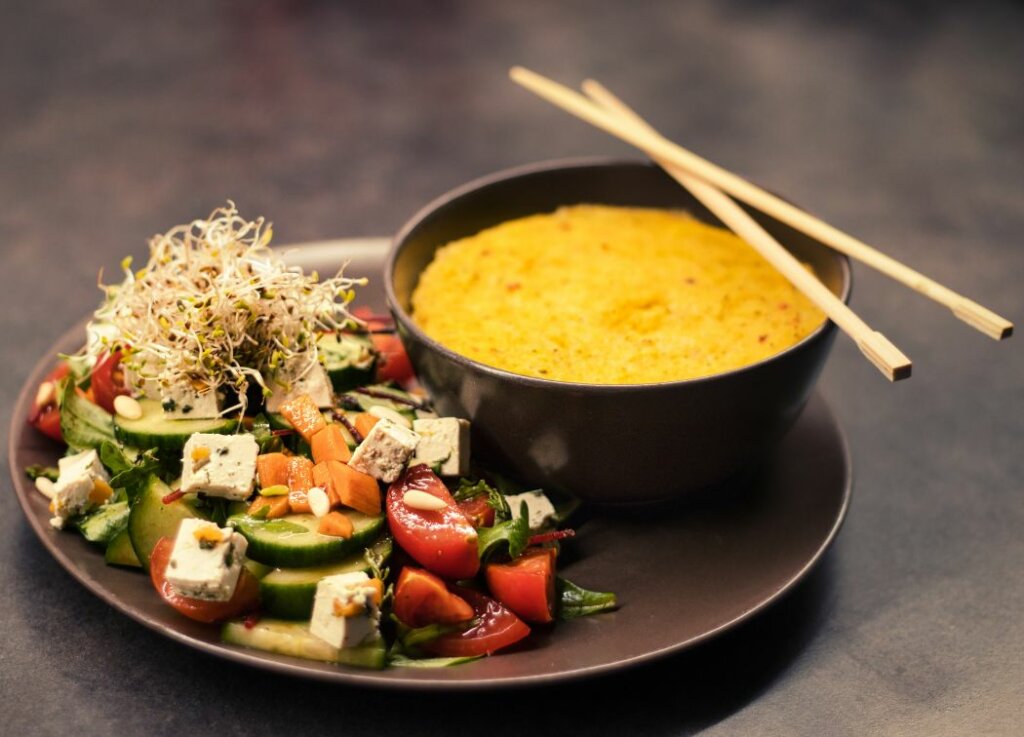 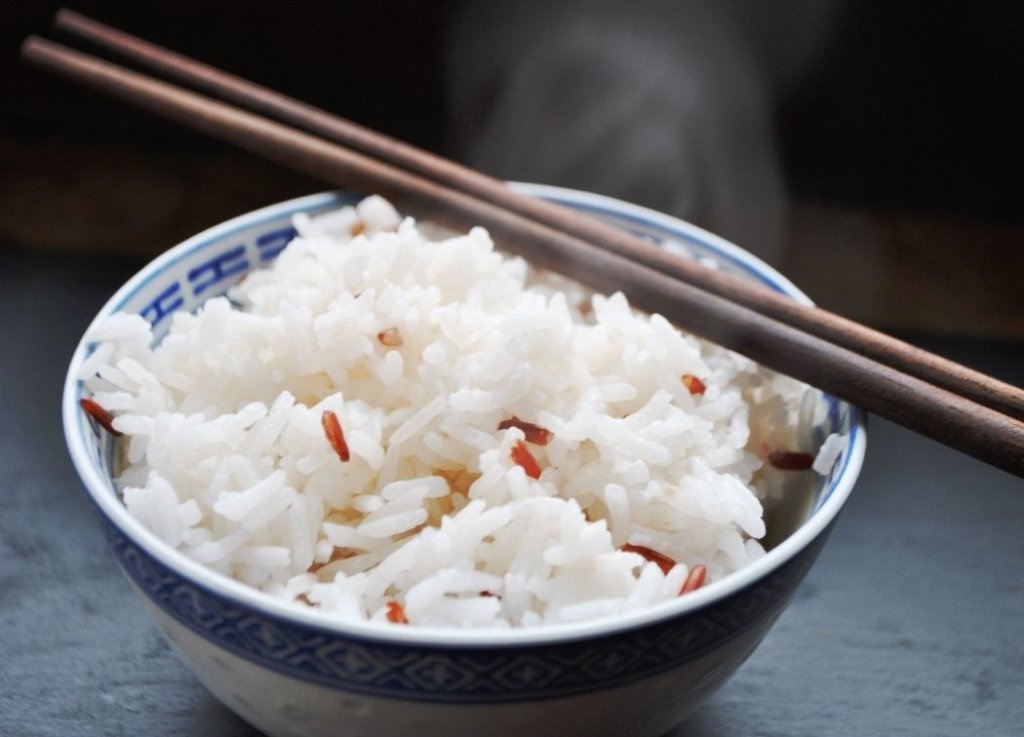