By Ashley Woodward • Last Updated:  April 12, 2022
Miraclebaratlanta.com is reader-supported. When you buy via links on our site, we may earn an affiliate commission at no cost to you. Learn more.

Hi, everyone! Today we’ll talk about red rice vs brown rice and which grain is better. Although either option is a win for you nutrition-wise, one is arguably really better than the other. That being said, which one is your bet?

Going to the Roots

Legend has it that rice came to be after a loving mother passed away and left a grain of gold to her beloved son, who was instructed to present it to the king.

However, after seeing it sprout into grass and develop aromatic golden grains, he changed his mind. He instead gave it to other people so they could cultivate and consume it.

Another rice legend explains the existence of the red variety – they supposedly are from the batch of a Chinese goddess’ breast milk that got mixed with blood.

Folklore aside, red rice is present in a good number of countries, such as Korea, Japan, Bhutan, Sri Lanka, Thailand, the Philippines, China and other Asian nations But they’re especially native to the Himalayan Mountains, Bhutan, the southern part of Tibet, and south India. A new variety, the Camargue red rice, is from France.

Brown rice is essentially white rice that has not been polished. This variety gets its color from the the bran layer, hull, and cereal germ that have not been removed (only the outer hull has been taken out). As such, brown rice can be found anywhere where rice is grown, which is in Asia.

Some varieties of brown rice, though, look like red rice on first glance. After all, they are both whole grains. How can you tell the difference, then?

The russet hue of red rice is due to the antioxidant anthocyanin, of which this variety has a considerable amount (more on that later). The dark, reddish color of this grain, as contrasted to the lack of scarlet undertones of brown rice, clearly distinguishes it from the latter.

Meanwhile, brown rice looks like the pale version of red rice. It looks rather beige and “rough,” which is why it is also known as rough rice.

When cooked, both varieties yield a nutty flavor. However, the taste of brown rice is milder than red rice, and it’s also chewier. Red rice is a little bit drier and stiffer to the bite, but no less palatable and chewy.

With the nutritional content, both rice varieties are pretty similar. They both are rich in B vitamins, manganese, magnesium, selenium, iron, calcium, fiber, and zinc. Both are gluten free, fat free, and have lower glycemic indexes, making them good carbohydrate options for people with heart issues and diabetics. One study reportedly showed that a cup of brown rice a day can reduce the risk of the the onset of diabetes by about 60%.

The one distinguishing difference is the anthocyanin content in red rice – brown rice doesn’t have it. Sports dietitian Chloe McLeod said that the antioxidant content makes red rice edge out brown rice in the nutrition stakes.

Meanwhile, accredited dietitian Simone Austin recommended brown rice as a better choice because of its higher fiber content. Fiber helps you keep from getting hungry fast and can benefit your bowels, too.

If you’re keen on packing on the fiber in your diet, brown rice is your best bet. However, if you want to add variety to your nutritional intake and broaden your options, red rice is your pick.

While both varieties are great for diabetics and people with heart conditions, the one with higher fiber content may be the most optimal choice. That’s because fiber helps minimize arterial plaque, reduce blood sugar levels, manage high cholesterol levels, and also prevent further cardiovascular issues.

However, if you’re on a high iron or high calcium meal plan, you may need to slow down on the brown rice consumption as it has phytic acid, which can block the absorption of calcium and iron.

Both varieties are also great for weight loss or weight management as they have low glycemic indices. Studies have proven this fact, with one involving a overweight women who lost more weight after replacing one meal with brown or black rice, instead of white, for six weeks.

If all that don’t make you say wow, we don’t know what does!

How to Cook Red and Brown Rice?

It takes a little bit more time to cook both the red and brown rice, thanks to the bran and the remaining layer of husk. If you want to know of a way to do it right AND hassle-free (and quicker too), all you need to do is use a rice cooker. A Zojirushi model is the perfect choice as it has a cooking option that is specific for brown rice.

Easy – you don’t need to keep checking when your batch will be done, thanks to the automatic heat reduction function and cook modes available at the tip of your fingers. You also don’t need to use a stove or worry about overflow. Just press the cook button and wait for the final bell to let you know your rice is done and ready for serving. It’s easier to clean too.

Cooking red and brown rice is similar to other rice varieties too. It even easier when you use a rice cooker for a faster and better result. You can check out how to use an electric cooker from this post.  The only thing you have to remember is that each grain has its own rice to water ratio. Brown rice may require a 2:3 rice-water ratio. You can use a 1:3 ratio for red rice.

The cooking time will depend on the rice cooker model you use. If you use a Zojirushi, it takes about an hour or so. The rice you get is perfectly soft and almost like stocky rice (not mushy though).

With all that being said, we can definitely enjoy eating both the red and brown rice without having to choose which one is better and healthier. Which type of rice will you choose to pair with your viands? Let us know in the comments below! 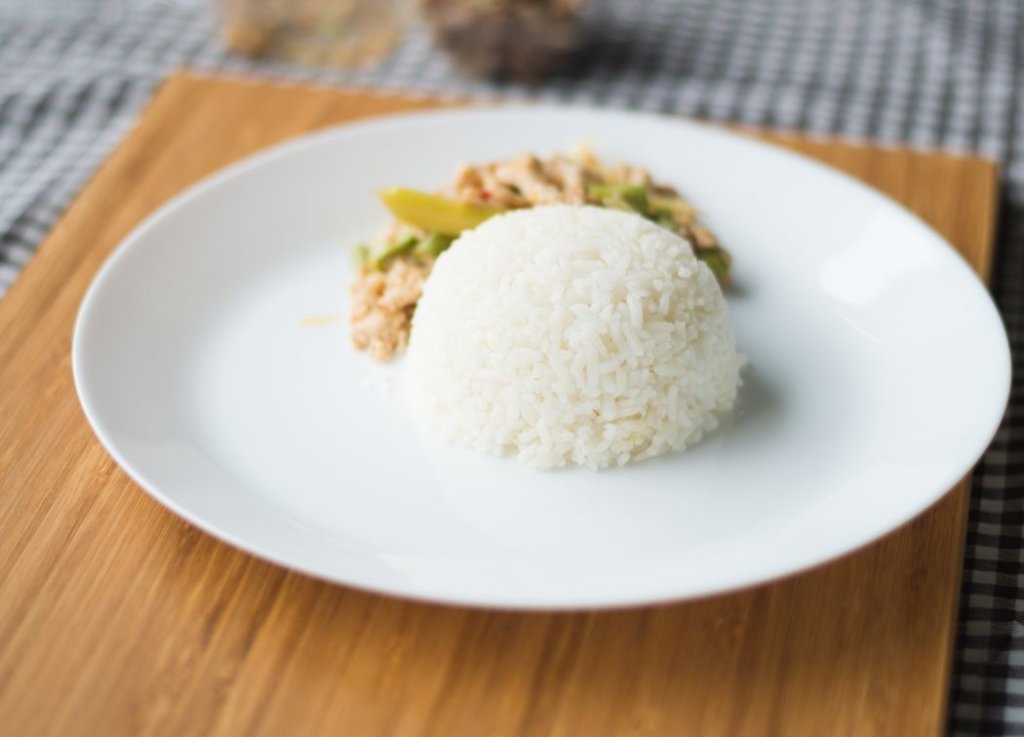 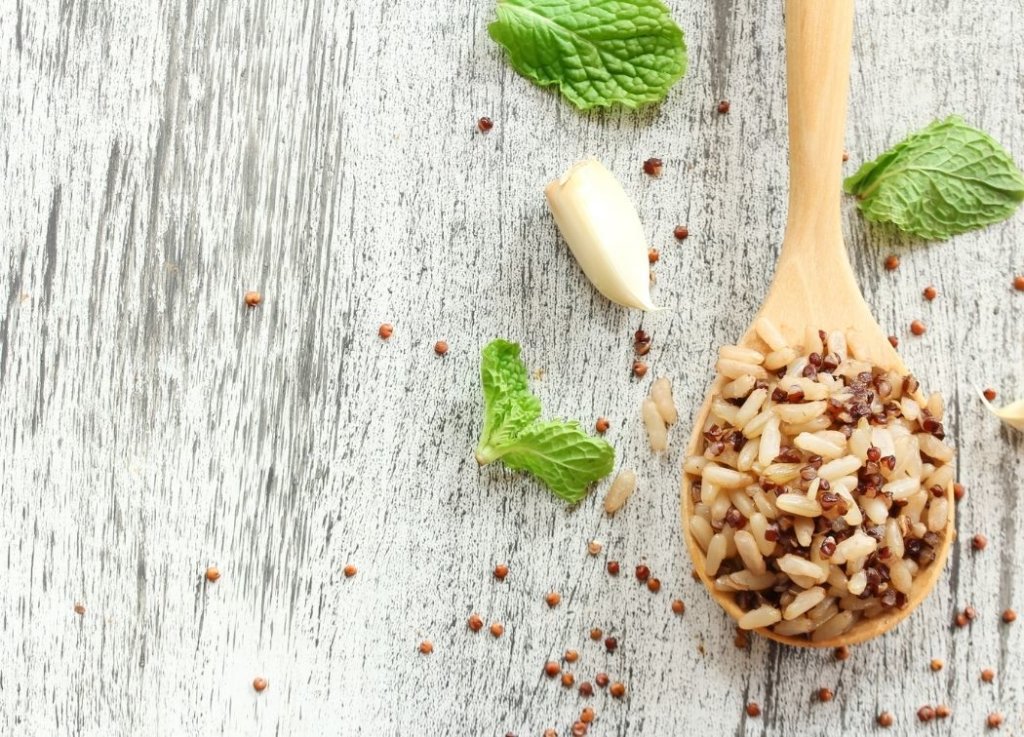 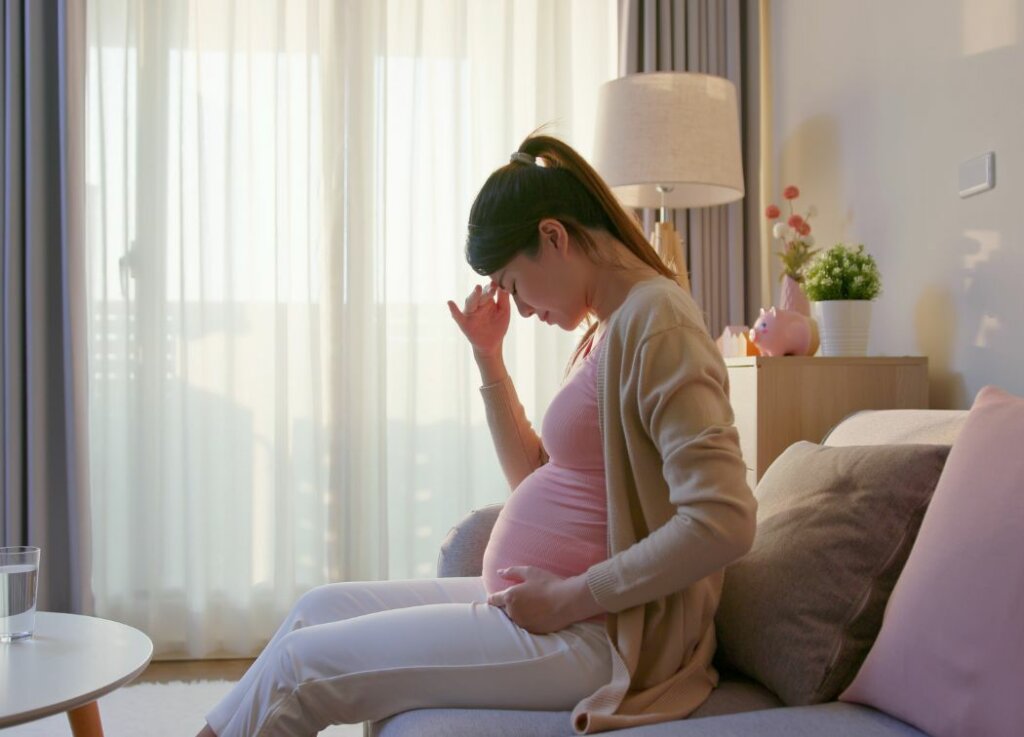 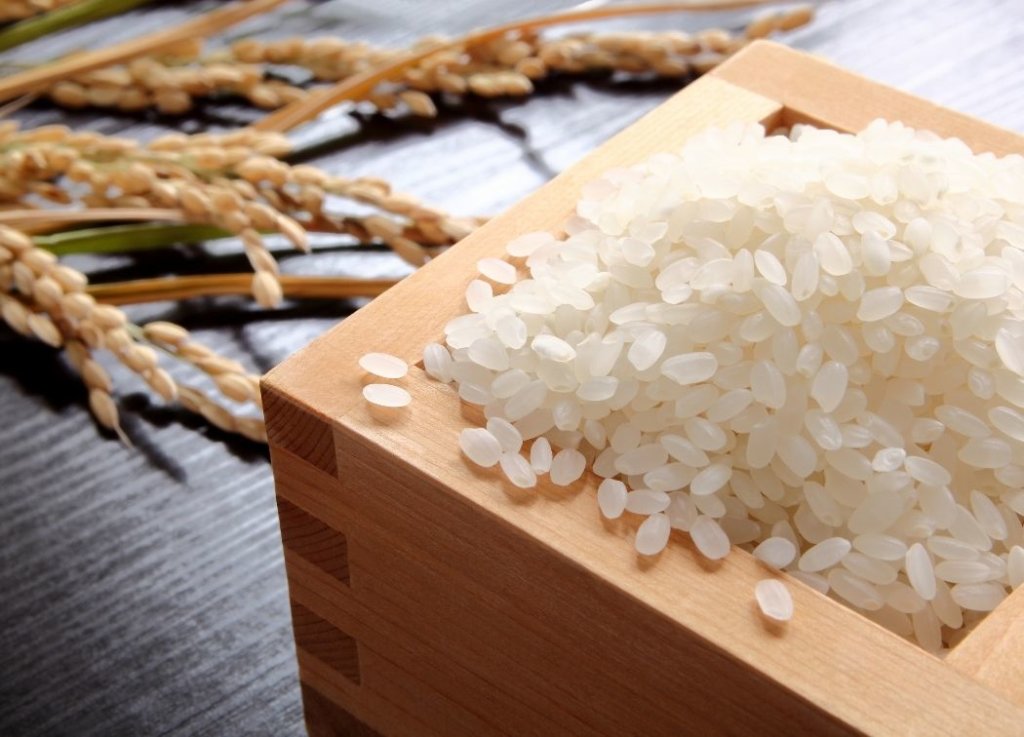